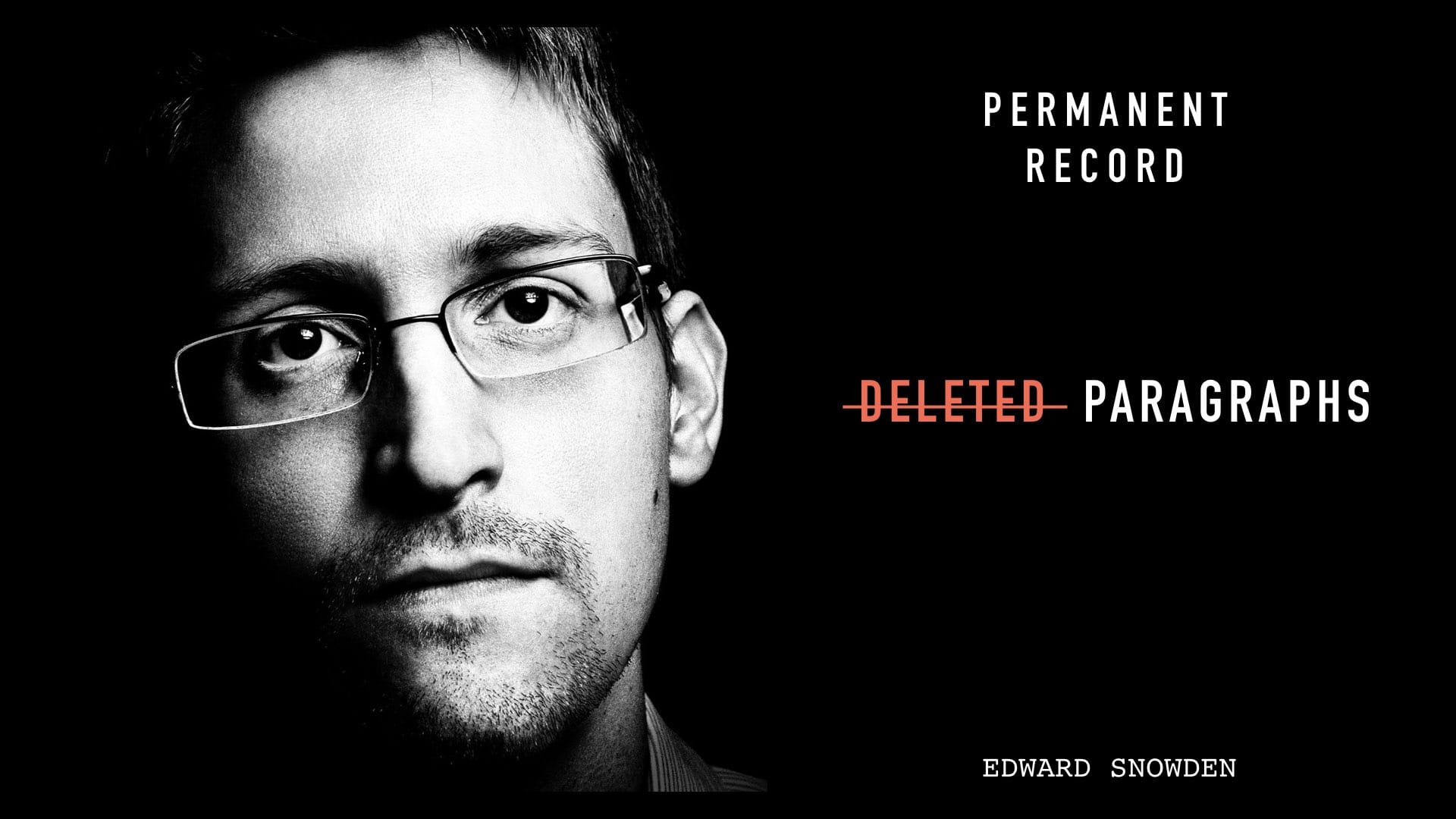 The Internet is fundamentally American, but I had to leave America to fully understand what that meant. The World Wide Web might have been invented in Geneva, at the CERN research laboratory in 1989, but the ways by which the Web is accessed are as American as baseball, which gives the American Intelligence Community the home field advantage. The cables and satellites, the servers and towers—so much of the infrastructure of the Internet is under US control that over 90 percent of the world’s Internet traffic passes through technologies developed, owned, and/or operated by the American government and American businesses, most of which are physically located on American territory. Countries that traditionally worry about such advantages, like China and Russia, have attempted to make alternative systems, such as the Great Firewall, or the state-sponsored censored search engines, or the nationalized satellite constellations that provide selective GPS—but America remains the hegemon, the keeper of the master switches that can turn almost anyone on and off at will.

I called Lindsay and told her I wouldn’t be home. I was going to be up all night preparing the presentation, whose nominal topic was the intersection between a very old discipline, counterintelligence, and a very new discipline, cyberintelligence, coming together to try to exploit and thwart the adversary’s attempts to use the Internet to gather surveillance. I started pulling everything off the NSA network (and off the CIA network, to which I still had access), trying to read every top secret report I could find about what the Chinese were doing online. Specifically, I read up on so-called intrusion sets, which are bundles of data about particular types of attacks, tools, and targets. IC analysts used these intrusion sets to identify specific Chinese military cyberintelligence or hacking groups , in the same way that detectives might try to identify a suspect responsible for a string of burglaries by a common set of characteristics or modus operandi.

The point of my researching this widely dispersed material was to do more than merely report on how China was hacking us, however. My primary task was to provide a summary of the IC’s assessment of China’s ability to electronically track American officers and assets operating in the region.

Everyone knows (or thinks they know) about the draconian Internet measures of the Chinese government, and some people know (or think they know) the gravamen of the disclosures I gave to journalists in 2013 about my own government’s capabilities. But listen: It’s one thing to casually say, in a science-fiction dystopic type of way, that a government can theoretically see and hear everything that all of its citizens are doing. It’s a very different thing for a government to actually try to implement such a system. What a science-fiction writer can describe in a sentence might take the concerted work of thousands of technologists and millions of dollars of equipment. To read the technical details of China’s surveillance of private communications—to read a complete and accurate accounting of the mechanisms and machinery required for the constant collection, storage, and analysis of the billions of daily telephone and Internet communications of over a billion people—was utterly mind-boggling. At first I was so impressed by the system’s sheer achievement and audacity that I almost forgot to be appalled by its totalitarian controls.

After all, China’s government was an explicitly antidemocratic single-party state. NSA agents, even more than most Americans, just took it for granted that the place was an authoritarian hellhole. Chinese civil liberties weren’t my department. There wasn’t anything I could do about them. I worked, I was sure of it, for the good guys, and that made me a good guy, too.

But there were certain aspects of what I was reading that disturbed me. I was reminded of what is perhaps the fundamental rule of technological progress: if something can be done, it probably will be done, and possibly already has been. There was simply no way for America to have so much information about what the Chinese were doing without having done some of the very same things itself, and I had the sneaking sense while I was looking through all this China material that I was looking at a mirror and seeing a reflection of America. What China was doing publicly to its own citizens, America might be—could be—doing secretly to the world.

And although you should hate me for it, I have to say that at the time I tamped down my unease. Indeed, I did my best to ignore it. The distinctions were still fairly clear to me. China’s Great Firewall was domestically censorious and repressive, intended to keep its citizens in and America out in the most chilling and demonstrative way, while the American systems were invisible and purely defensive. As I then understood US surveillance, anyone in the world could come in through America’s Internet infrastructure and access whatever content they pleased, unblocked and unfiltered—or at least only blocked and filtered by their home countries and American businesses, which are, presumptively, not under US government control. It was only those who’d been expressly targeted for visiting, for example, jihadist bombing sites or malware marketplaces who would find themselves tracked and scrutinized.

In an authoritarian state, rights derive from the state and are granted to the people. In a free state, rights derive from the people and are granted to the state. In the former, people are subjects, who are only allowed to own property, pursue an education, work, pray, and speak because their government permits them to. In the latter, people are citizens, who agree to be governed in a covenant of consent that must be periodically renewed and is constitutionally revocable. It’s this clash, between the authoritarian and the liberal democratic, that I believe to be the major ideological conflict of my time—not some concocted, prejudiced notion of an East-West divide, or of a resurrected crusade against Christendom or Islam.

Authoritarian states are typically not governments of laws, but governments of leaders, who demand loyalty from their subjects and are hostile to dissent. Liberal-democratic states, by contrast, make no or few such demands, but depend almost solely on each citizen voluntarily assuming the responsibility of protecting the freedoms of everyone else around them, regardless of their race, ethnicity, creed, ability, sexuality, or gender. Any collective guarantee, predicated not on blood but on assent, will wind up favoring egalitarianism—and though democracy has often fallen far short of its ideal, I still believe it to be the one form of governance that most fully enables people of different backgrounds to live together, equal before the law.

The young people of the Middle East were agitating for higher wages, lower prices, and better pensions, but I couldn’t give them any of that, and no one could give them a better shot at self-governance than the one they were taking themselves. They were, however, also agitating for a freer Internet. They were decrying Iran’s Ayatollah Khamenei, who had been increasingly censoring and blocking threatening Web content, tracking and hacking traffic to offending platforms and services, and shutting down certain foreign ISPs entirely. They were protesting Egypt’s president, Hosni Mubarak, who’d cut off Internet access for his whole country—which had merely succeeded in making every young person in the country even more furious and bored, luring them out into the streets.

This was the least I could do. If there was just the slightest chance that even one young kid from Iran who hadn’t been able to get online could now bypass the imposed filters and restrictions and connect to me—connect through me—protected by the Tor system and my server’s anonymity, then it was certainly worth my minimal effort.

I imagined this person reading their email, or checking their social media accounts to make sure that their friends and family had not been arrested. I had no way of knowing whether this was what they did, or whether anyone at all linked to my server from Iran. And that was the point: the aid I offered was private.

In my wardrives back and forth from Kunia—a twenty-minute ride that could become a two-hour Wi-Fi scavenger hunt—I’d been researching various countries, trying to find a location for my meeting with the journalists. It felt like I was picking out my prison, or rather my grave. All of the Five Eyes countries were obviously off-limits. In fact, all of Europe was out, because its countries couldn’t be counted upon to uphold international law against the extradition of those charged with political crimes in the face of what was sure to be significant American pressure. Africa and Latin America were no-go zones too—the United States had a history of acting there with impunity. Russia was out because it was Russia, and China was China: both were totally out of bounds. The US government wouldn’t have to do anything to discredit me other than point at the map. The optics would only be worse in the Middle East. It sometimes seemed as if the most challenging hack of my life wasn’t going to be plundering the NSA but rather trying to find a meeting venue independent enough to hold off the White House and free enough not to interfere with my activities.

The process of elimination left me with Hong Kong. In geopolitical terms, it was the closest I could get to no-man’s-land, but with a vibrant media and protest culture, not to mention largely unfiltered Internet. It was an oddity, a reasonably liberal world city whose nominal autonomy would distance me from China and restrain Beijing’s ability to take public action against me or the journalists—at least immediately—but whose de facto existence in Beijing’s sphere of influence would reduce the possibility of unilateral US intervention. In a situation with no promise of safety, it was enough to have the guarantee of time. Chances were that things weren’t going to end well for me, anyway: the best I could hope for was getting the disclosures out before I was caught.

I like Robert—to have been his client is to be his friend for life. He’s an idealist and a crusader, a tireless champion of lost causes. Even more impressive than his lawyering, however, was his creativity in finding safe houses. While journalists were scouring every five-star hotel in Hong Kong, he took me to one of the poorest neighborhoods of the city and introduced me to some of his other clients, a few of the nearly twelve thousand forgotten refugees in Hong Kong—under Chinese pressure, the city has maintained a dismal 1 percent approval rate for permanent residency status. I wouldn’t usually name them, but since they have bravely identified themselves to the press, I will: Vanessa Mae Bondalian Rodel from the Philippines, and Ajith Pushpakumara, Supun Thilina Kellapatha, and Nadeeka Dilrukshi Nonis, all from Sri Lanka.

Just as the US State Department sent its request, my lawyers received a reply to my appeal for assistance from the UN High Commissioner on Refugees: there was nothing that could be done for me. The Hong Kong government, under Chinese pressure or not, resisted any UN effort at affording me international protection on its territory, and furthermore asserted that it would first have to consider the claims of my country of citizenship.